Posted by Harold Oehler
in Uncategorized 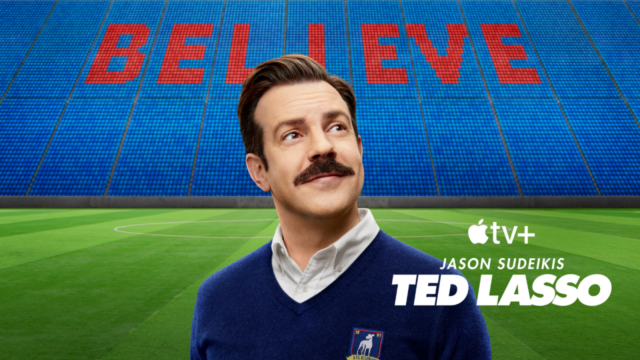 Imagine walking into a mediation and discovering that your mediator is British football coach, Ted Lasso. At first you would be alarmed but is there any doubt Ted Lasso would make an excellent mediator? Business consultants and coaches use this program to teach teamwork and leadership. At its core, Ted Lasso is a show about resolving human conflict and it provides a master class in mediation strategy for trial lawyers and mediators.

Ted doesn’t know his backside from an offside, but like a great mediator, he is adept at uncovering the needs of others and finding ways to make people with competing interests work together. Ted convinces Jamie Tartt, a self-absorbed player concerned only with his own scoring, to pass to his teammates by showing him how that would ultimately lead him to greater personal success.

Mediation is a transactional event in the middle of an adversarial proceeding. The adversarial nature of litigation can sometimes cause litigators to default to argument during mediation and alienate the other side. We should learn from our transactional colleagues who create agreement between parties with competing agendas by understanding the other person’s interests and creating solutions that satisfy those needs. It’s never just about the money. Practicing transactional law and litigation for three decades before becoming a mediator taught me that mediation is more productive, and less expensive, when you approach the bargaining table as a transactional lawyer.

Virtually everyone felt hostile toward Ted when he was named coach due to his lack of experience. Ted won everyone over, not by showing how much he knew, (this would have been hopeless) but by using his superpowers of kindness and empathy. In order to deeply connect with his new boss, Ted brought her cookies each morning and referred to their conversations as “Biscuits with the Boss.” He took Trent Crimm, his harshest critic in the press, to dinner and gave him full access to practices. He took every opportunity to connect and find common ground with his adversaries, and he won their trust and respect.

Great mediators use their superpowers of empathy and emotional intelligence by taking every opportunity to find common ground with both the lawyers and the parties to uncover their unique needs and interests. This helps the parties create agreement where those interests meet.

Be Curious, Not Judgmental

The actor who plays Ted describes him as “‘ignorant and curious.” Ted asks questions of everyone with a humble curiosity that shows that he cares and values the knowledge and experience of others. Similarly, one of the mediator’s most useful tools is curiosity. A mediator who asks questions to understand the case, and the people involved, gains respect both for taking an interest in the parties and for valuing the opinions of others. For example, when a party proposes making a counter-productive offer, a good mediator exercises curiosity, not judgement, and asks how the offer will likely be responded to by the other side. This usually leads to the enlightenment of either the mediator or the party making the proposal.

Treat Everyone as Important

Ted sees the best in people. He taps everyone for ideas, even the underappreciated equipment manager, Nathan, who shares game-changing ideas once he believes Ted values his opinion. During the mediation, a skilled mediator will engage each person and encourage them to share their thoughts and solutions. This creates trust and makes the parties more willing to accept the mediator’s perspective.

Ted understands that hope is powerful so he hangs a sign with only one word in the locker room: “Believe.” A mediator should display relentless optimism, from the opening statements through all the ups and downs of the mediation. The mediator should point out that cases often settle even when the parties begin mediation with the belief that their case has no chance of settling. If the mediator sincerely believes in the process, the parties will believe too.

Humor is a Powerful Tool

Humor often makes the truth easier to digest. Ted responds to every insult with humor and diffuses those that attack him. Humor, especially at your own expense, disarms difficult parties, avoids confrontation and maintains a productive atmosphere for settlement.

Ted Lasso teaches us that approaching mediation with curiosity and a problem-solving approach, rather than argument, is the most efficient path to mediation success.

Harold Oehler is a full-time, state and federal court mediator with over 30 years of experience representing clients in employment, personal injury, product liability, insurance and commercial litigation claims.    He is the Chair of the Mediation and Arbitration Section of the Hillsborough County Bar Association. He serves on the Executive Council of the Florida Bar's Alternative Dispute Resolution Section.   Harold is a former trial lawyer and general counsel of a national public company where he oversaw all litigation, attended all mediations and negotiated the company’s agreements, nation-wide. For more information, visit www.oehlermediation.com

Sorry, the comment form is closed at this time.